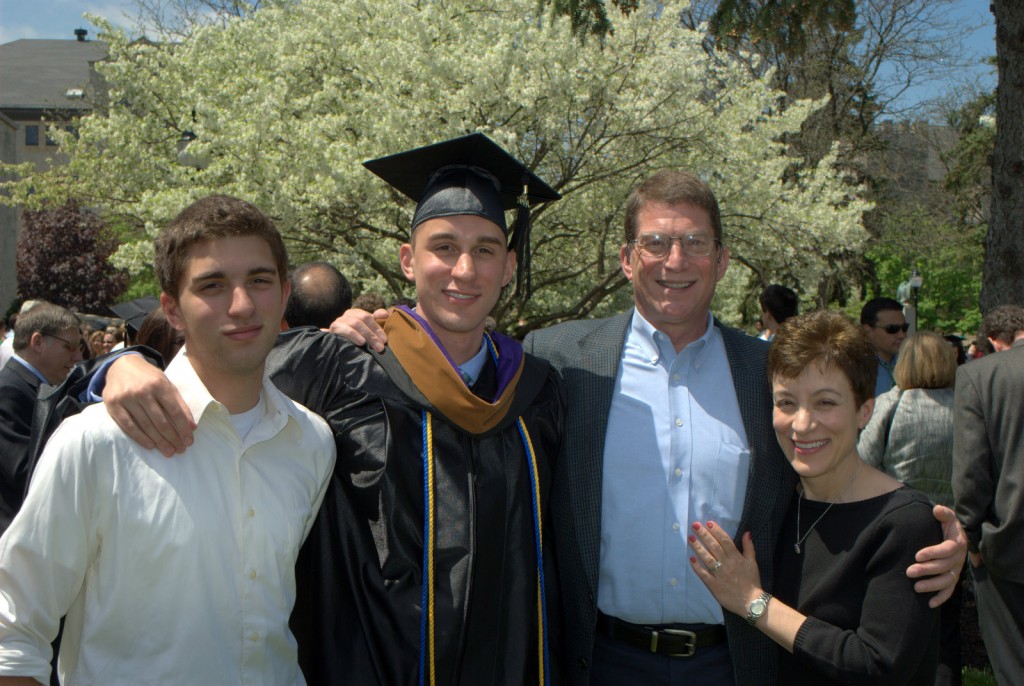 Welcome to Sam Spritzer’s Web Site is about the mindset of a 50-something Amherst/Buffalo, NY male who enjoys triathlons, running and collecting PR certificates. He became part-bionic on January 12, 2007.

The picture, above, was taken in May 2011 at son Michael’s graduation from Niagara University with an MBA with distinction.