In the midst of everything, Steph decided she wanted the living room and hallway redone.  The living room is pretty large room and there were a lot of structural hairline cracks since the walls and ceiling are plaster.  The hallway includes the stairway that leads up stairs so that meant the ceiling was a challenge being at its highest point over the lowest point of the stairs.

I probably would have gotten to it but not according to her schedule which was….yesterday.  So, she saw on the local magazine format morning show a guy talking about painting and his business.  Logically, if the business is good enough for tv it should  be good enough to hire.  They quoted a special home show price which was probably about 40% less than what one would pay for a good professional paint job.

Oh and by the way, Steph decided that the office should get a makeover too so she had a price for that tackled on.  There was only one problem.  Between the living room, hallway and office it was quite a push to get it all done in one day.  It did get done but I wasn’t happy.  So below, you see the work of these painters with focus on the living room.  As usual, if you want to see a big version of the picture just click on it. 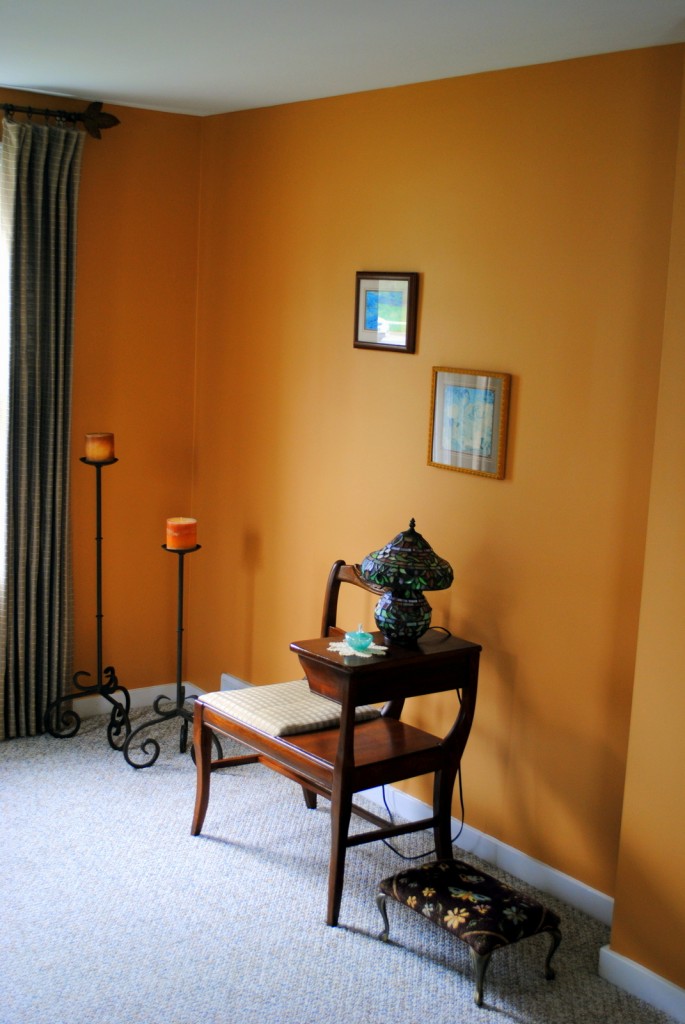 The living room and hallways were also done but by "professional" painters. We hired them only because we wanted to get done sooner than I would have. Steph got a very good deal but as you'll see later, it turned out to be a case of you get what you paid for. 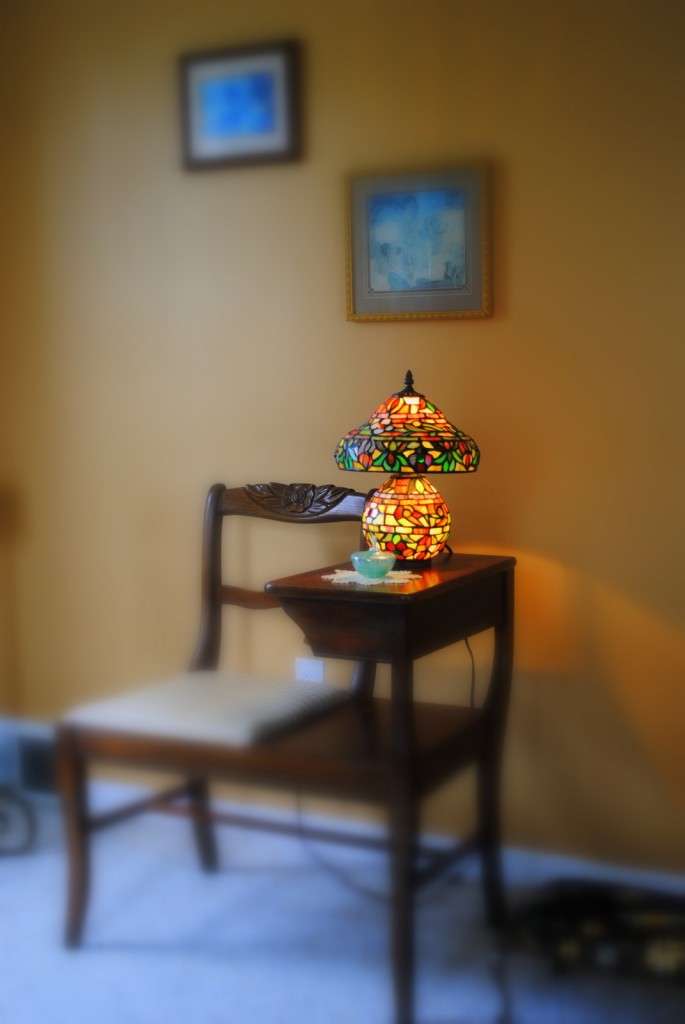 The table is an old school desk we found. We refinished it and topped it off with a 2 bulb Tiffany style lamp. 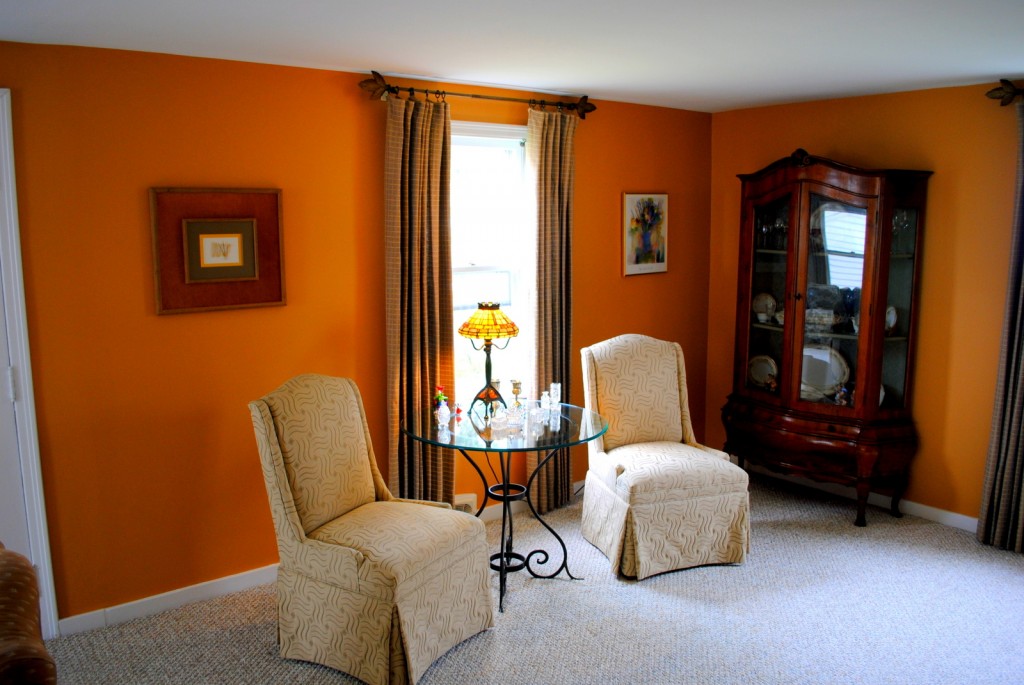 This is the front of the living room. The walls are a color called pumpkin butter. We found the china cabinet under some sheets at an antique mall. Later research found it was constructed by hand sometime during the Civil War. 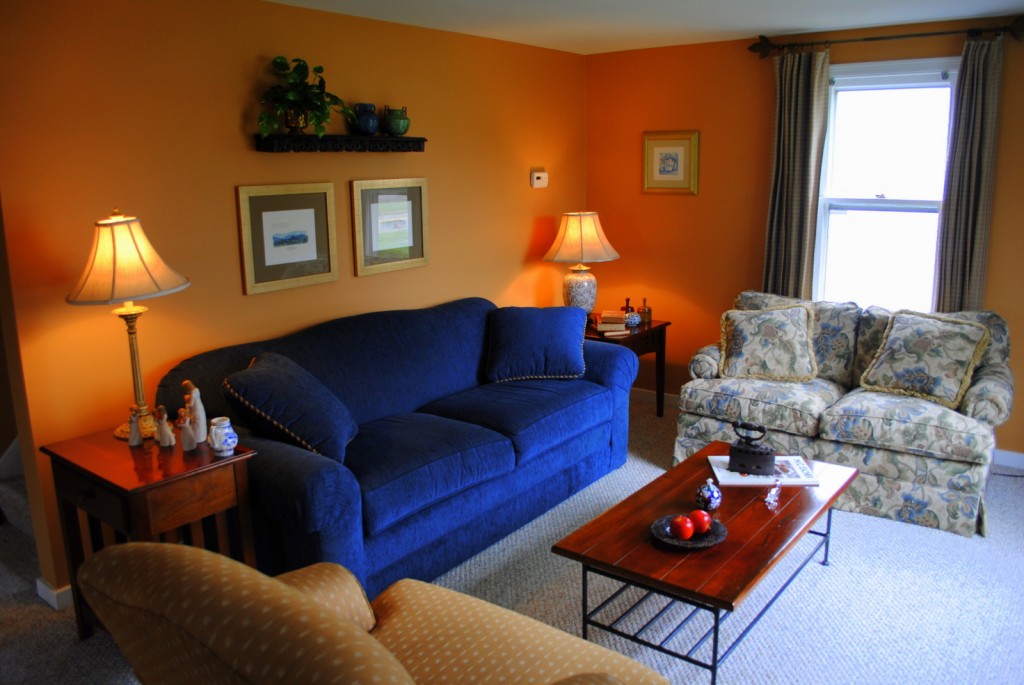 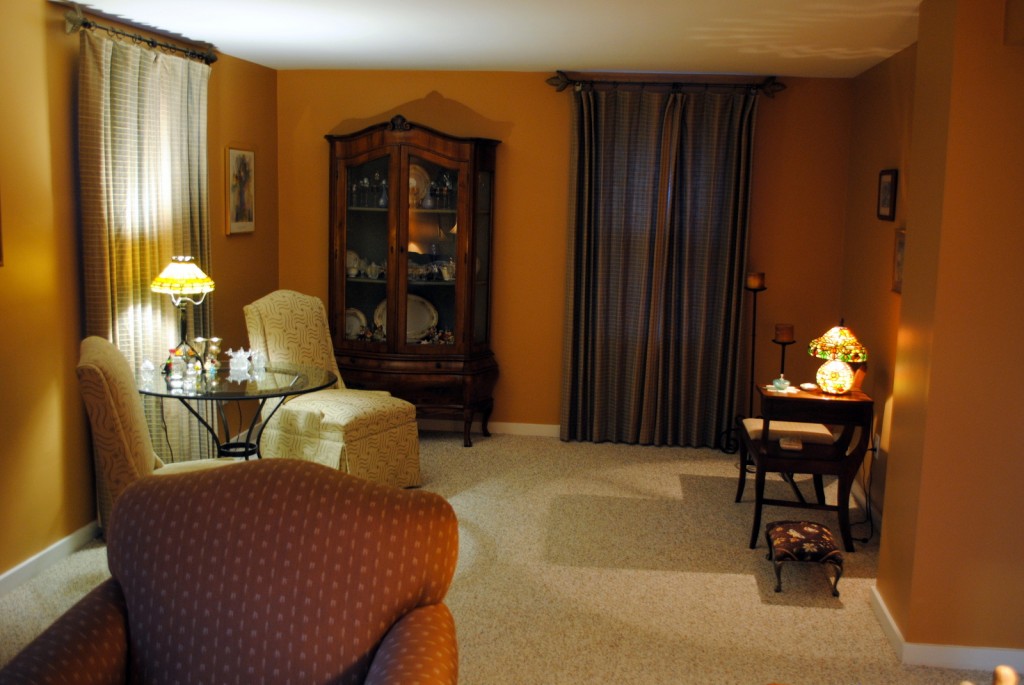 The south end of the living room. 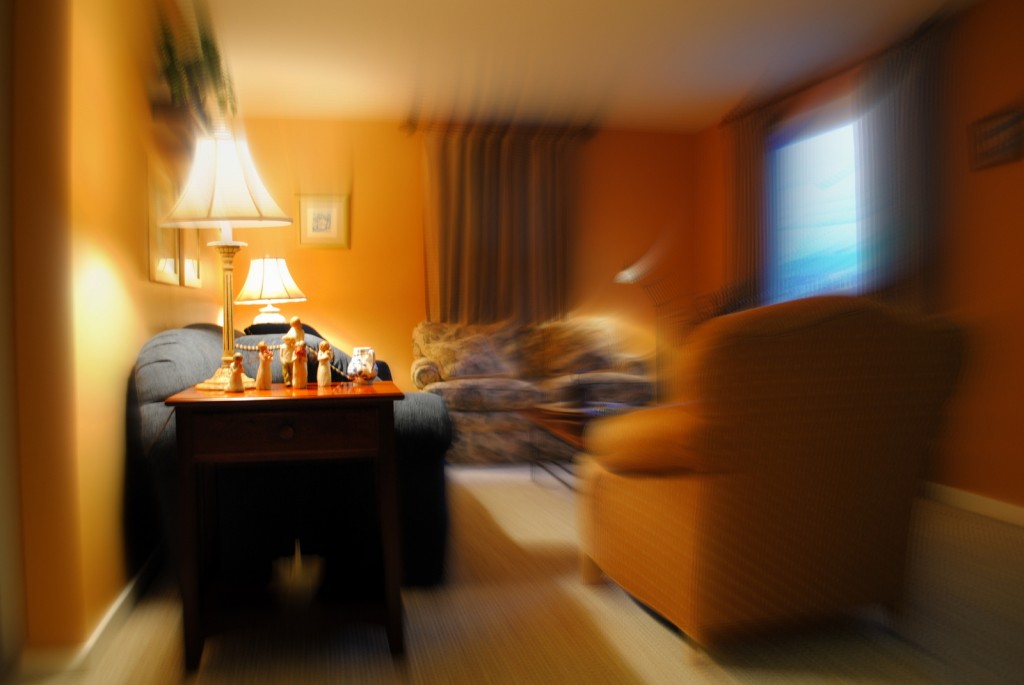 Applying a 60s style photo processing to a picture of the south end of the living room.

Now, if you’re keen you’ll notice I had quotes around the word professional in the first picture.  Overall, the painters we hired did a good job.  They were three guys in the trademark white painters coveralls.  Considering they were thrown an extra room and only had one day to do the job, they kind of rush it.  Since I am a stickler for detail and I could be called a perfectionist, I wasn’t too happy about some of their efforts….missed spots, overlaps, shadows and one particular spot that was too obvious and conspicuous.  The long and short of it for now was they had to come back three times and still couldn’t get it right.  Stay tuned…