I was going to post the final result pictures today but took a little detour.  I recently became re-acquainted with an old friend, a Chick,  from my kid days on Tampa Ave. in Albany.  She lived next door with her parents, brother and sister along with a part beagle named….Noodles.  Let me tell you, as cute as Noodle was she was the dumbest dog you ever met.  Anyway yea, Phyllis…she was cuter….she was one heck of a chick but I don’t think her parents would have ever approved of my wild ways.  She commented on Facebook post about refinishing the floors…

Sam the floors look great. We took our carpets up and had beautiful hardwood floors that had never been walked on. Question, what did you do about the areas where there were staples that you had removed? We pulled hundreds and I’d like to fill in the holes. The rest of the our floor looks great.

So, I promised her I would take pictures.  These nail and staple holes add character to the floor.  We did not want them to be perfect.  If they were, the holes would be considered irreparable blemishes.  So if you are worrying about those holes left by the trigger happy carpet installer, here is what they look like.  They are not very conspicuous so unless on a magnifying glass mission to seek them out, they are hardly noticeable. 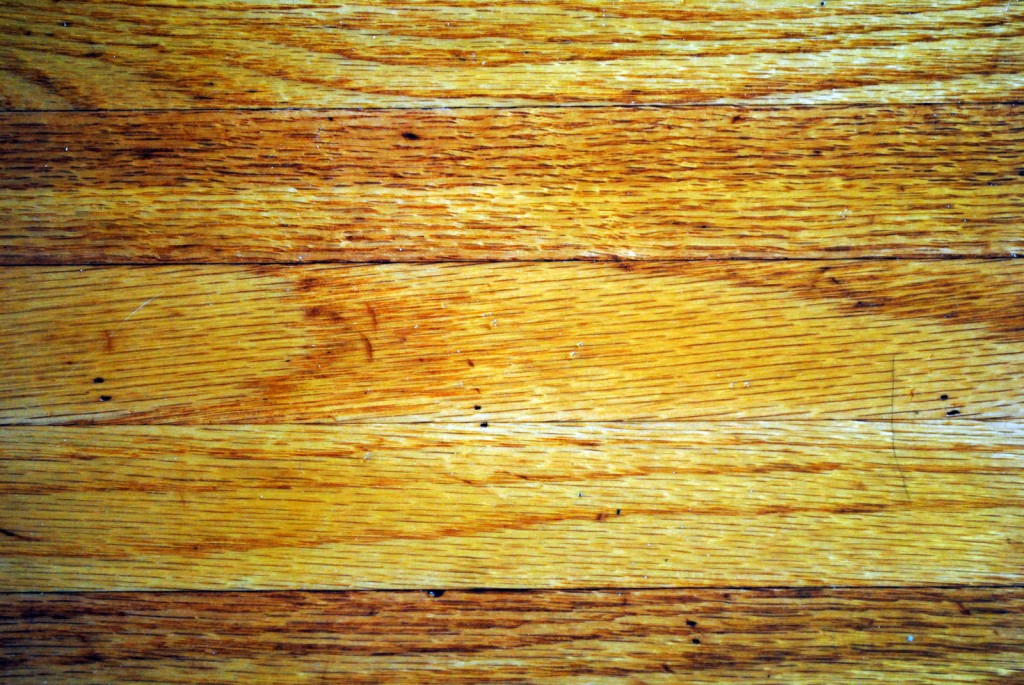 Although this is close up, it did take some effort to locate them. They blend very well with the existing markings of the floor.

This is a very close up shot of the previous picture. 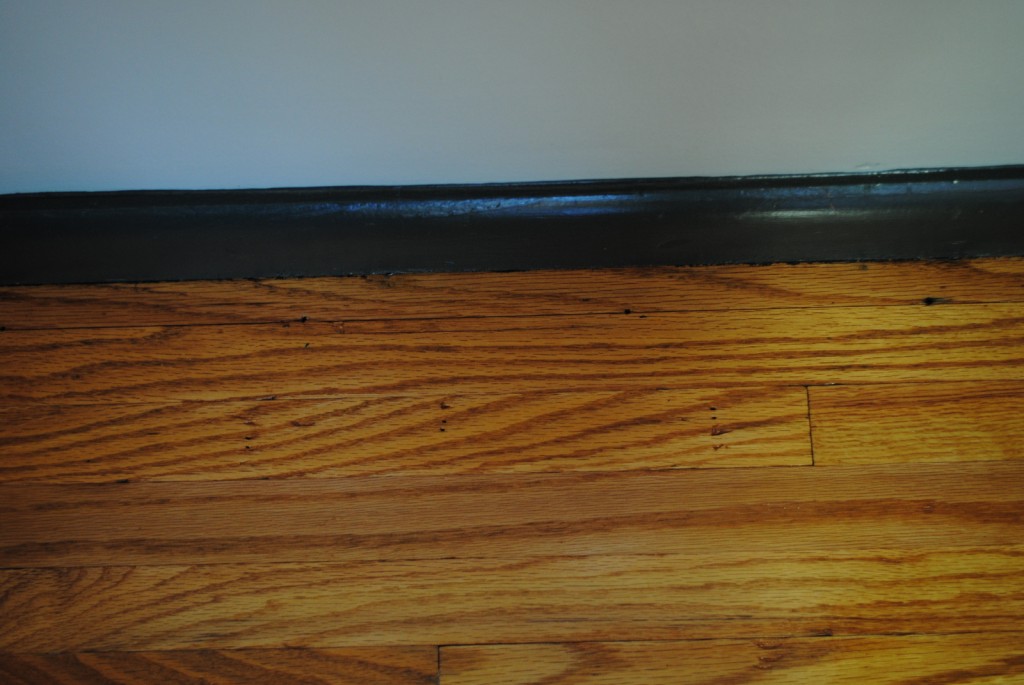 Can you see the nail holes?

Close up of the previous photo of nail holes. 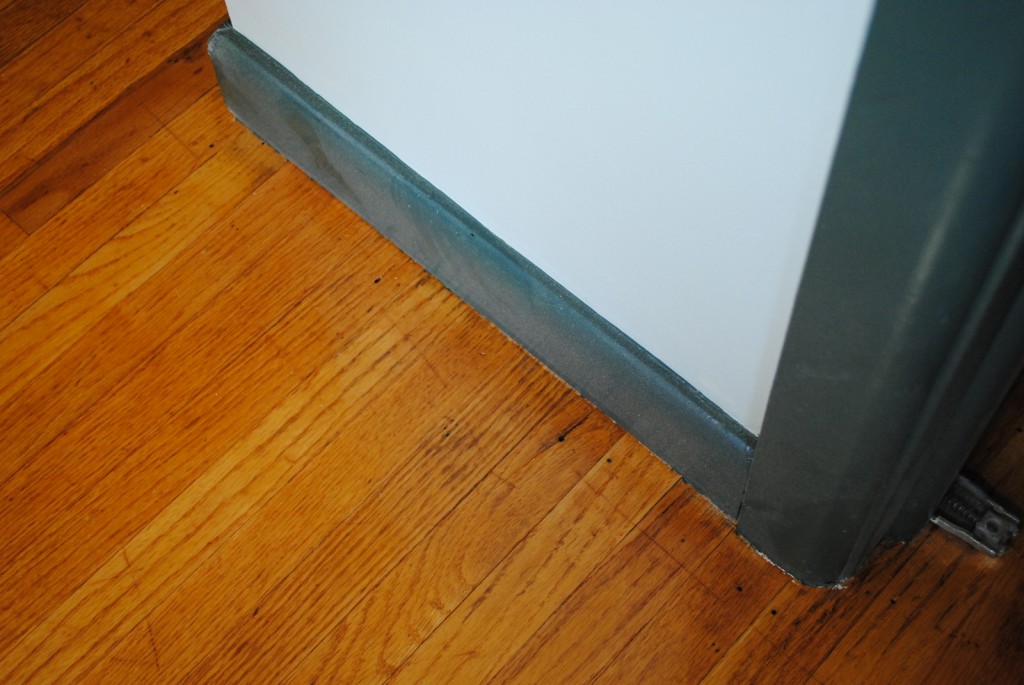 Even though you can see the nail holes, they do lend to the character of the floor. 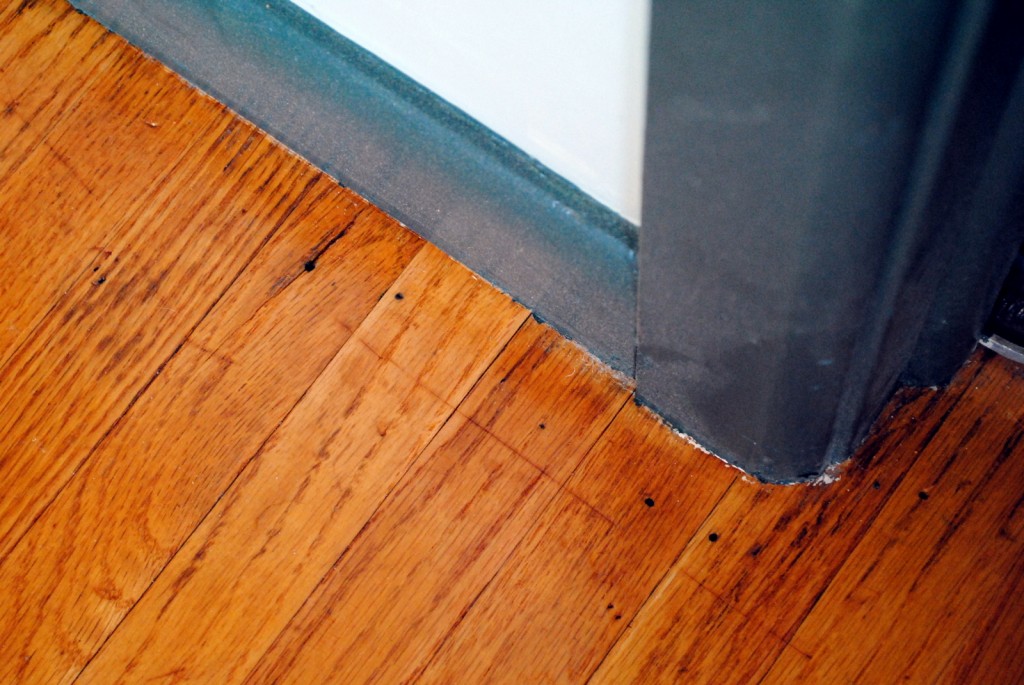 Close up of the previous photo.