In my last post, I talked about feeling like a kid opening Christmas presents.  I realized that it was getting long so I decided to break the post into two parts.  Here is the second part…

Once I got home from my appointment, I realized that it was a smart move to prepare the processor for its ceremonial baptism while at Buffalo Hearing and Speech.  If you saw from the list in the previous post, you’ll see why.  I still haven’t memorized what is in the box.

The twenty minute drive couldn’t come fast enough; through rush hour traffic stuck at the monumental gridlocks caused by construction at every major intersection on Maple Rd.  I bumped into Joe, my training partner, in the parking lot.  We quickly changed.  It did take me a while to figure out where the arm band would go as well as which side the AB logos should appear  on my custom made swim cap.  The cap is specifically made with material that will allow sound through since the microphone is on the headpiece.

Finally came the moment of truth.  With much egging on from Joe and Eric, another training partner who came later, I took the plunge…feet first!

Almost immediately, I could hear the bubbles.  It sounded like the kitchen sink draining with that momentarily gurgle as the last of the water heads down the drain.  Then I blew bubbles; that sounded like…well, ok….blown bubbles.  Perhaps, the kitchen sink draining with a different kind of rhythm.  Finally, I had to just do “it”….and yes, “it” did sound like a passing flatulence – maybe a little muffled and of course without the puzzled look of what brand is that eau de cologne?

Then I dove underwater and started screaming.  Yup, I could hear myself scream although it did sound muffled.  Those who were out of the water couldn’t hear me.  Gives a whole new meaning to telling someone off loudly in front of them…hehehe.

After letting the excitement die down, I finally got to the real training part.  Instead of using the arm band since it was rubbing against my side, I moved Neppie to my googles.  The clip that is attached held it securely and not once did I have to worry about it falling off.  Since I had the 24″ cable, I was able to conveniently tuck the excess under the swim cap.

The most awesome part of it all were the breaks in between laps.  For the first time in my entire life, I was able to carry on a conversation in the pool.  It was a most awesomely wonderful feeling.  Joe and Eric had to constantly remind me that we were in training, not partying!  And so the training took a little long but all in all, it was a historical moment that ranks up right along with the initial activation. 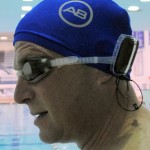 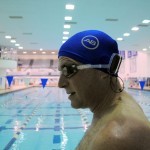 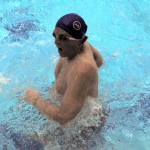 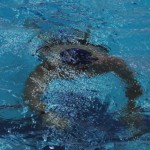 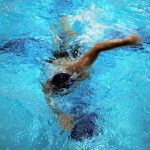 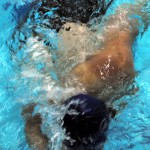 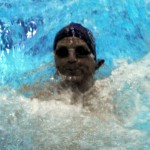 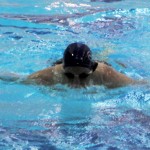 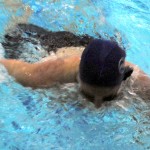 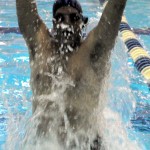