As I was working my way through the second of three bedrooms, the master, I realized I hadn’t taken too many pictures of my efforts.  I decided to do this with the third bedroom.  This room used to be Danny’s room.  With Mike’s room the first to be done, he decided to move in there.  Now Danny being a teenager wasn’t too concerned about keeping the room well maintained after all…I mean, he is teenager after all! 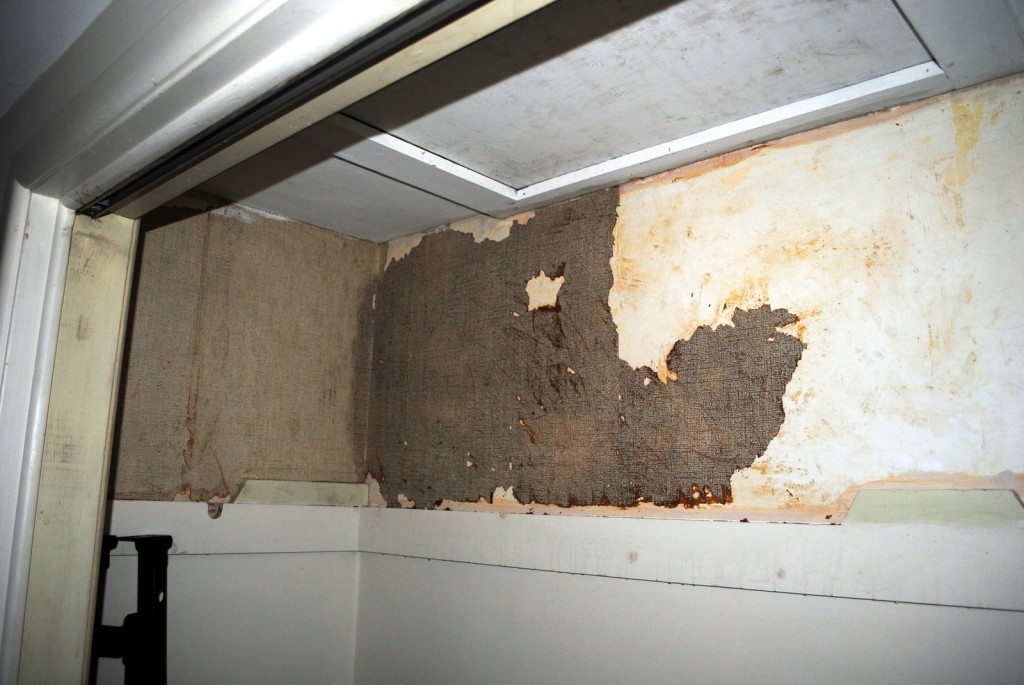 The last of the wallpaper. We believe this is original to the house when it was built. Rather than peel off graciously, it had to be wet down with a solution and SCRAPPED off. 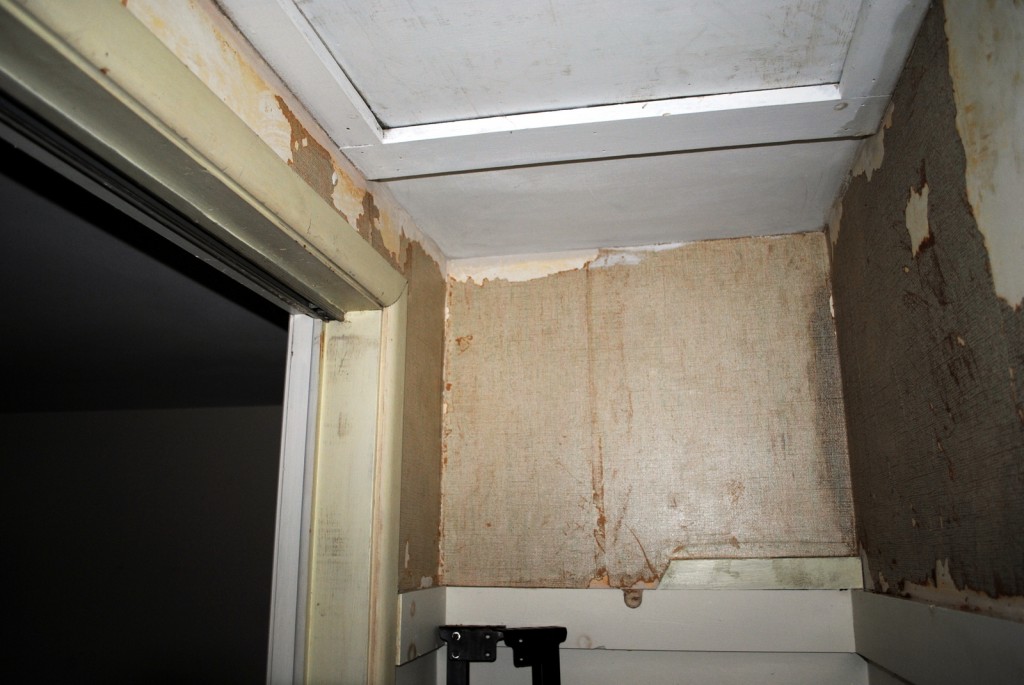 Another view of the wallpaper. The access panel above leads to the attic. 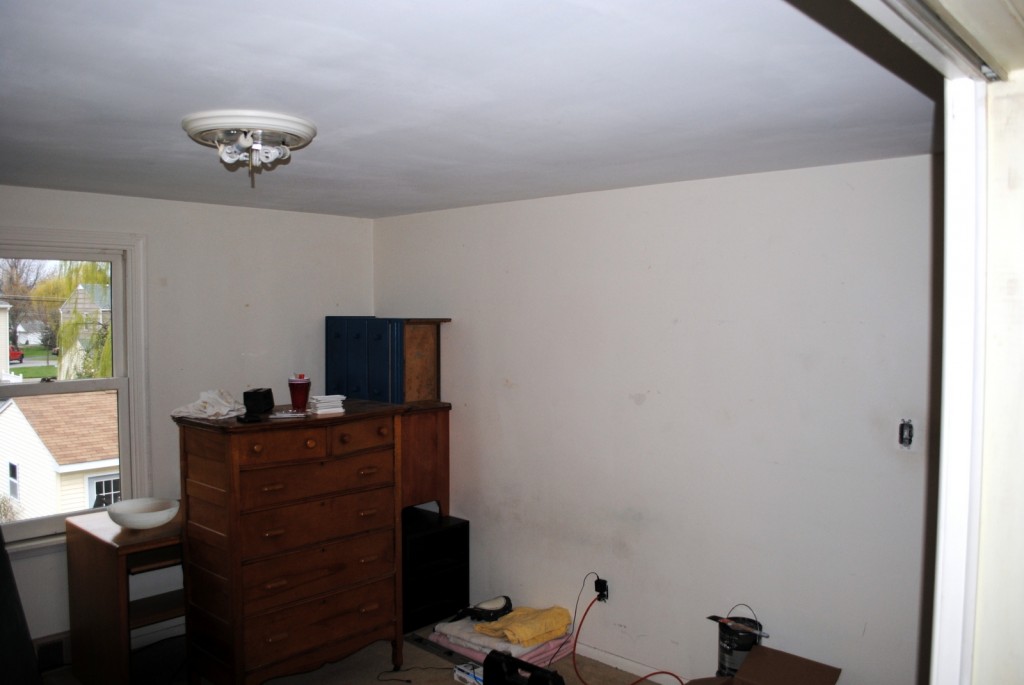 View from the closet out. 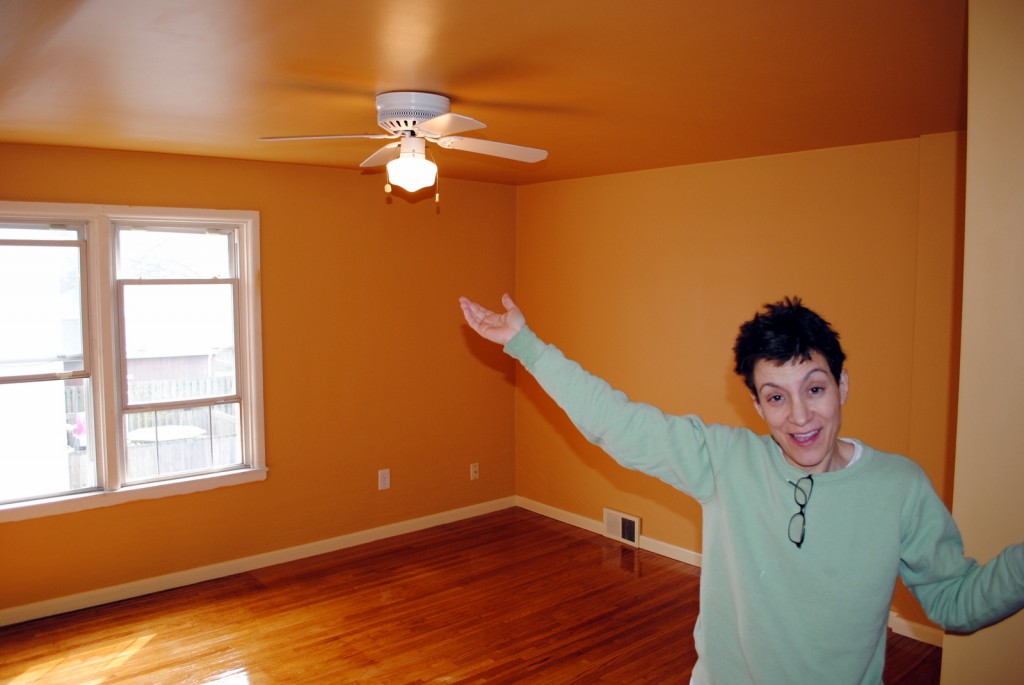 While all the prep work was going on, showroom model Stephie was hard at work. 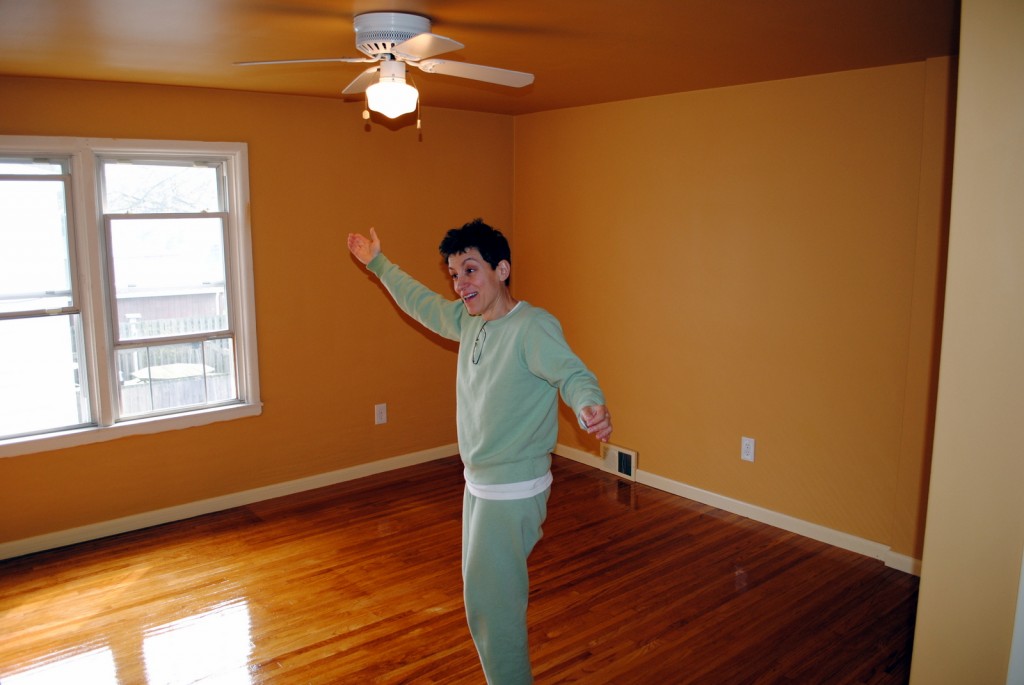 She did have a captive audience of about 15,000. They were out of sight on the left. 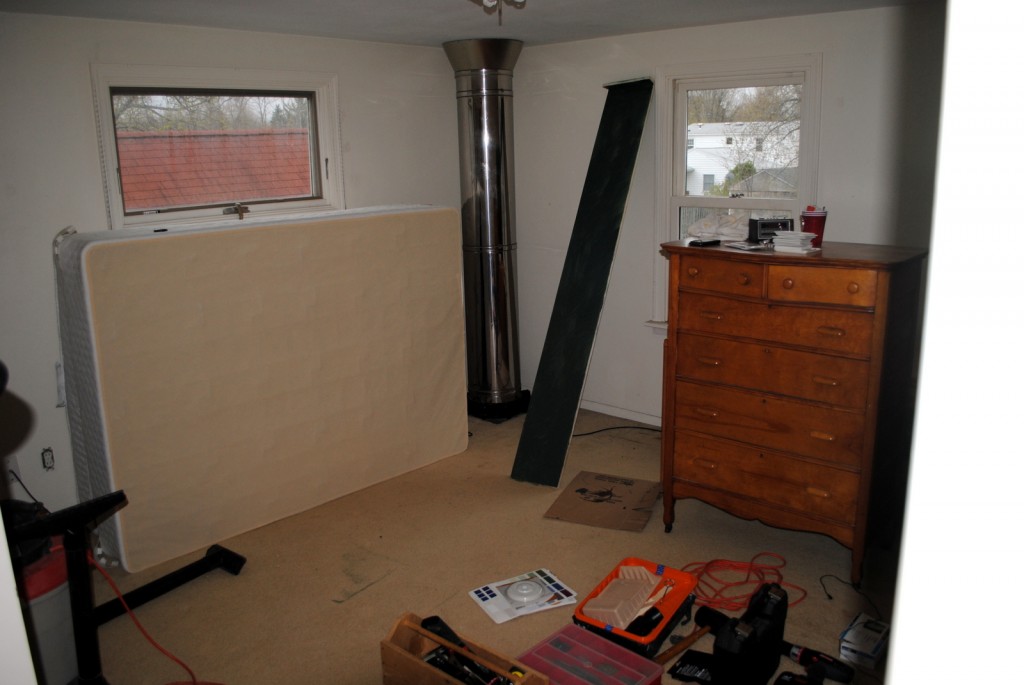 The chrome pipe in the back is the chimney for the wood burning stove. Everything was accumulated in the hallway and stayed there for two weeks. 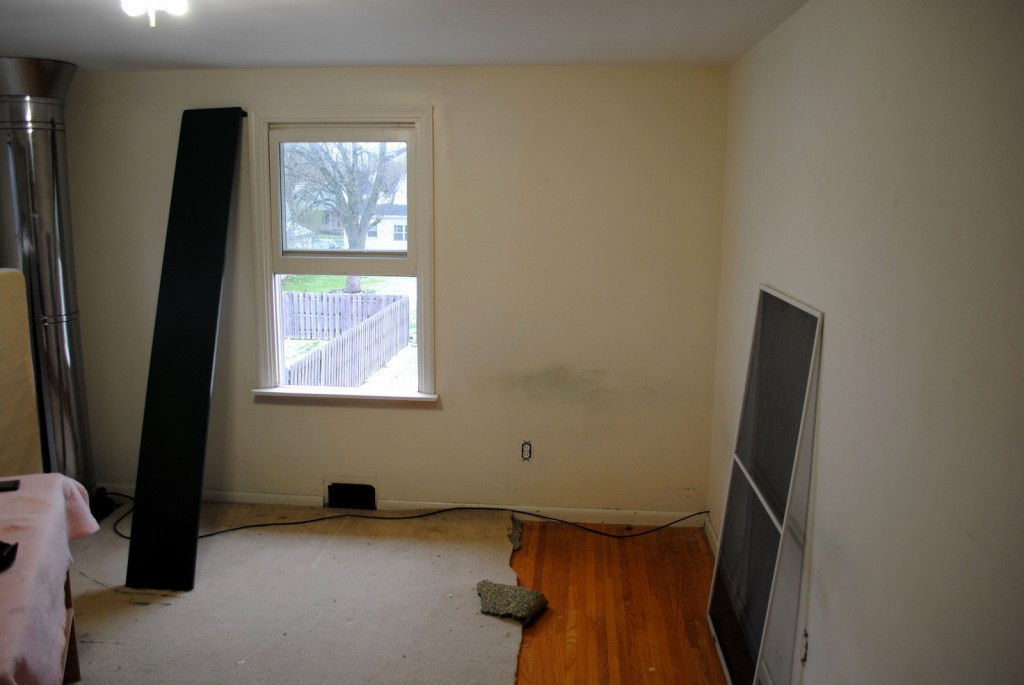 And so, the carpet removal begins so that we can finish the baseboard. 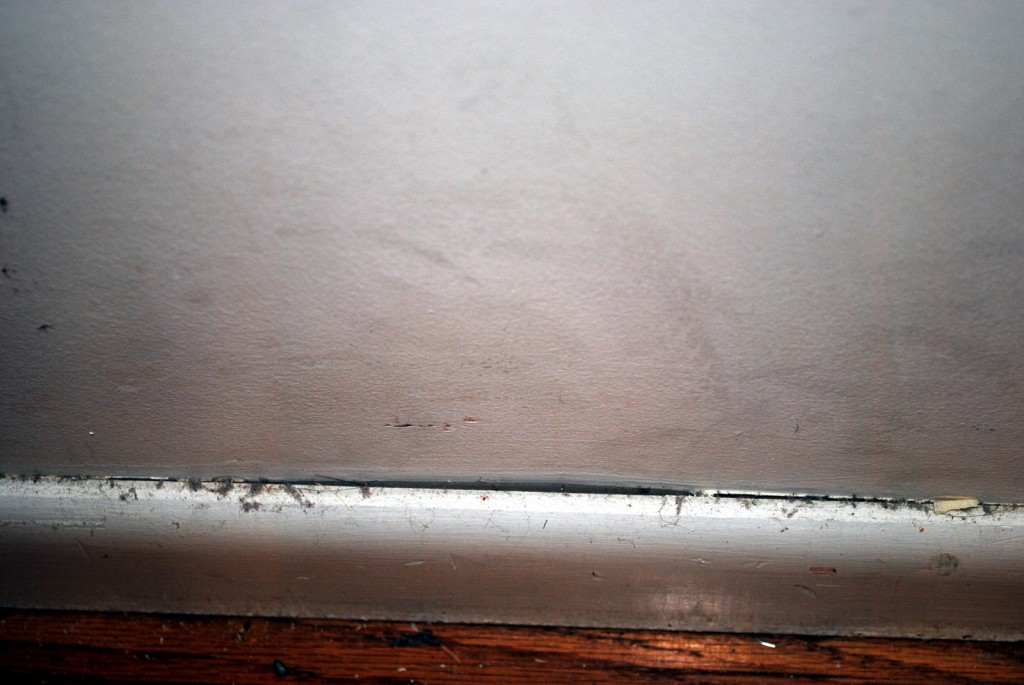 The reason we want to finish the baseboards is because there are a lot of gaps / separation due to settling. 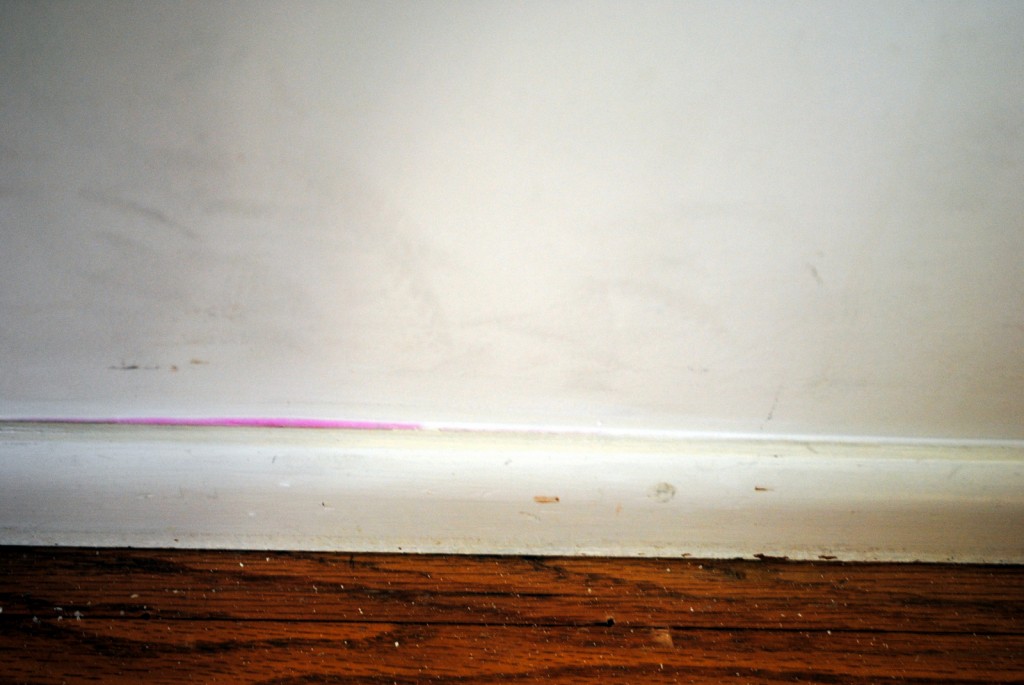 We clean it up and fill it with spackle. This is a new kind where it goes on pink and dries to white. 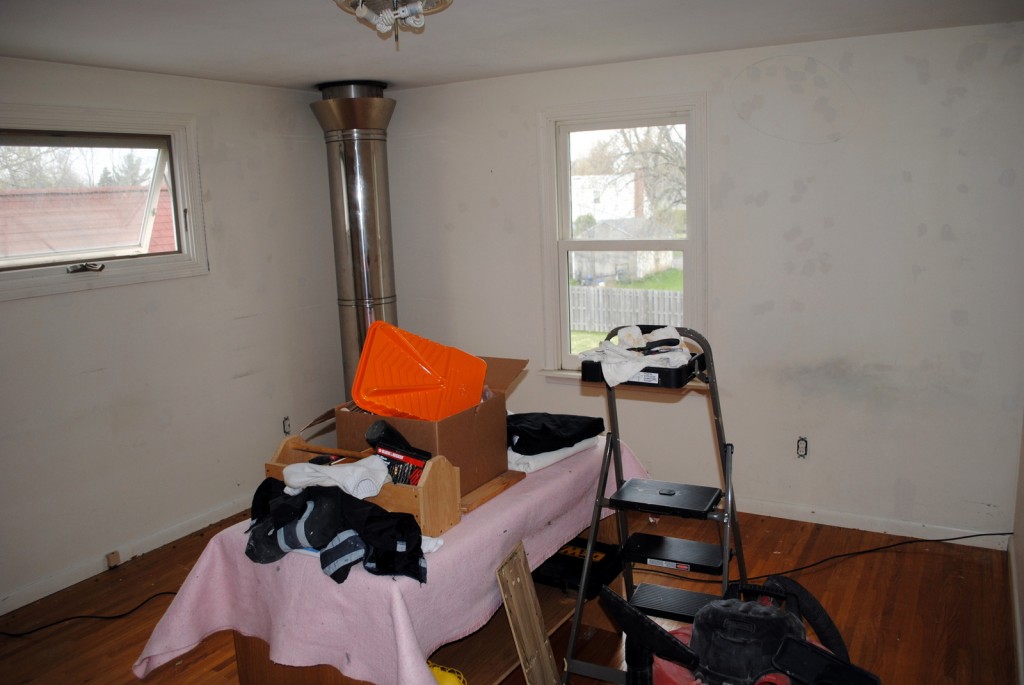 Since this was a teenager's bedroom, the fastest and easiest way to getting posters on the wall...staples! Hence, all the patches on the right for the holes in the wall. 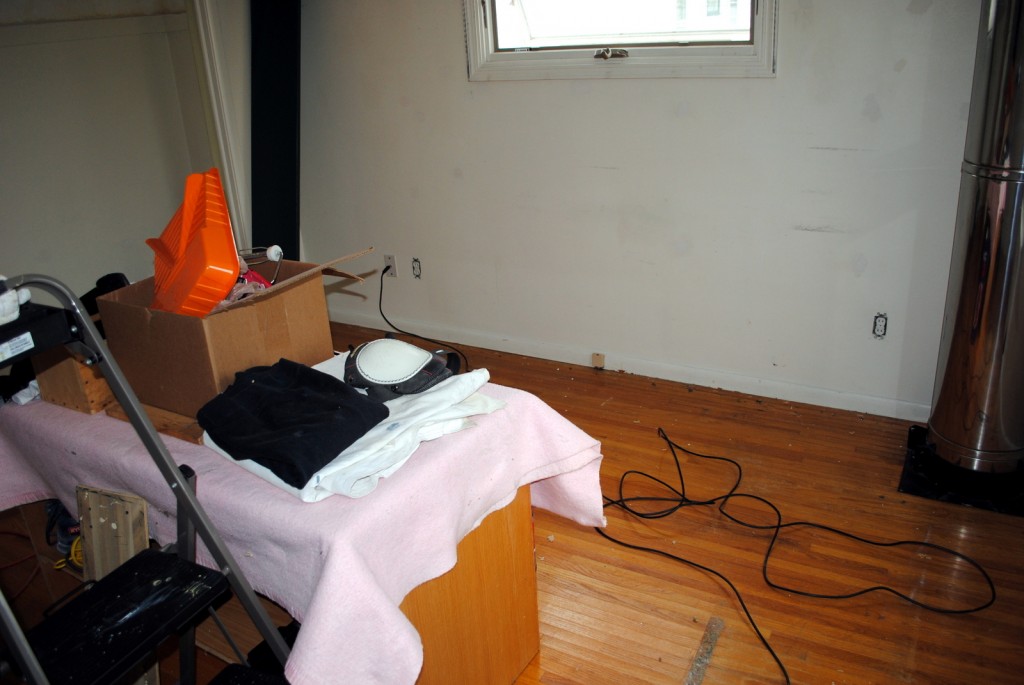 The floor is stripped down. If you look closely at the dots near the way, those are the staples that held down the padding. The line at the bottom right is padding tape. 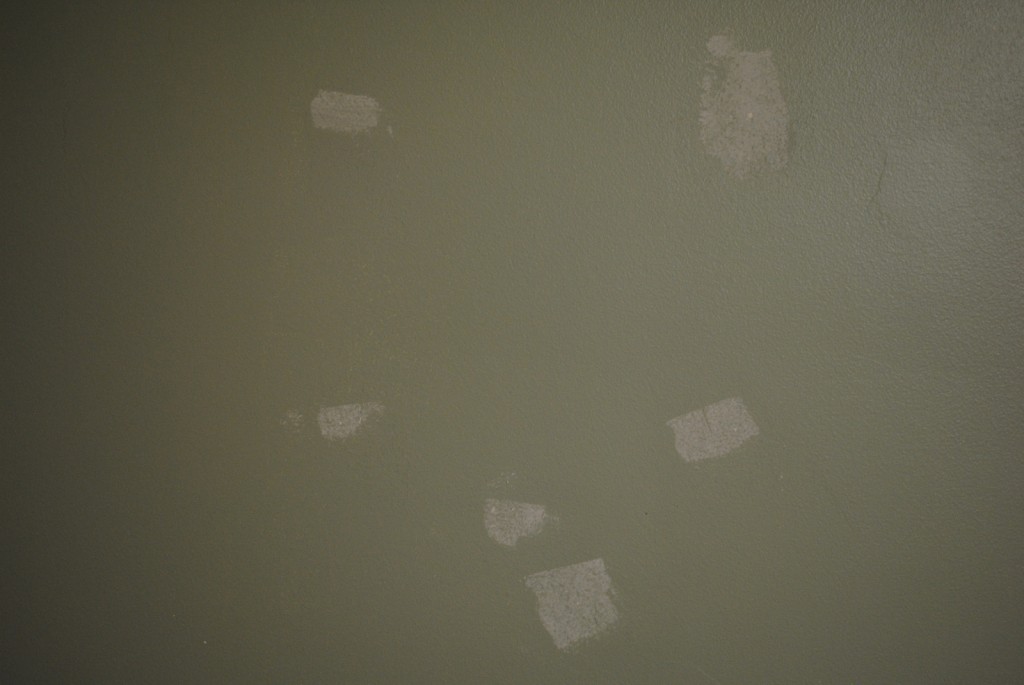 This is a closeup of all the stapled and thumb tack holes that had to be filled.

And the saga of the Spritzer Bedroom Renovations continue…stay tuned for more!