Tomorrow night is the first practice for Checkers AC. It’s the rites of spring no matter what the weather. In a lot of ways, it is a reunion of sorts. All of our running friends will be together once again. This will be our sixth year as members and my fourth as a Board member.

Six years ago, I was 30 plus pounds heavier, smoked a pack a day of Vantage and counted couch-potatoing as a hobby. Never in my wildest dreams did I though I would become a runner. It happened one morning when fellow member, Julie Donnelly, approached Steph about joining a family oriented running club. At that time, Steph was working out feverishly in the gym, at the Village Glen Tennis Club. And it was embarrassing enough that in all of our races together in 2005, she was beating me by a good 3 to 4 minutes.

Over the years, I got stronger, faster, thinner, healthier (except for that one unfortunate July 2009 evening) and gained hundreds of new friends. I PR’d twelve times with my fastest being the Mississppi Mudd’s 5K in August 2007, a time of 21:15. Prior to this year, I’ve done 163 races. I need to add them up to see how many miles I’ve done but I am certain its over 500 miles. I doubt I’ll ever catch up to Peter Forrestel who last year logged his 30,000th mile.

This year shouldn’t be no different. I do have to admit that my season is off to a late start mainly because winter would not go away! I’ve only done 1 race – the Shamrock Run. I am just starting to ramp up the miles. The next month or so will be focusing on speed, then distance. Yea, I still want to do a marathon but I’ll be content with a half or two this year, knees be damned!

Last year, I was mostly in the 22s and 23s. Two years ago, I was in the 21s and eying that elusive sub 21. Will I be able to do it this year? Who knows! But you know what, I don’t care. And if I don’t catch up to “you know who you are!”, so be it. With Steph, hundreds of friends and God by my side, Pre said it so eloquently… 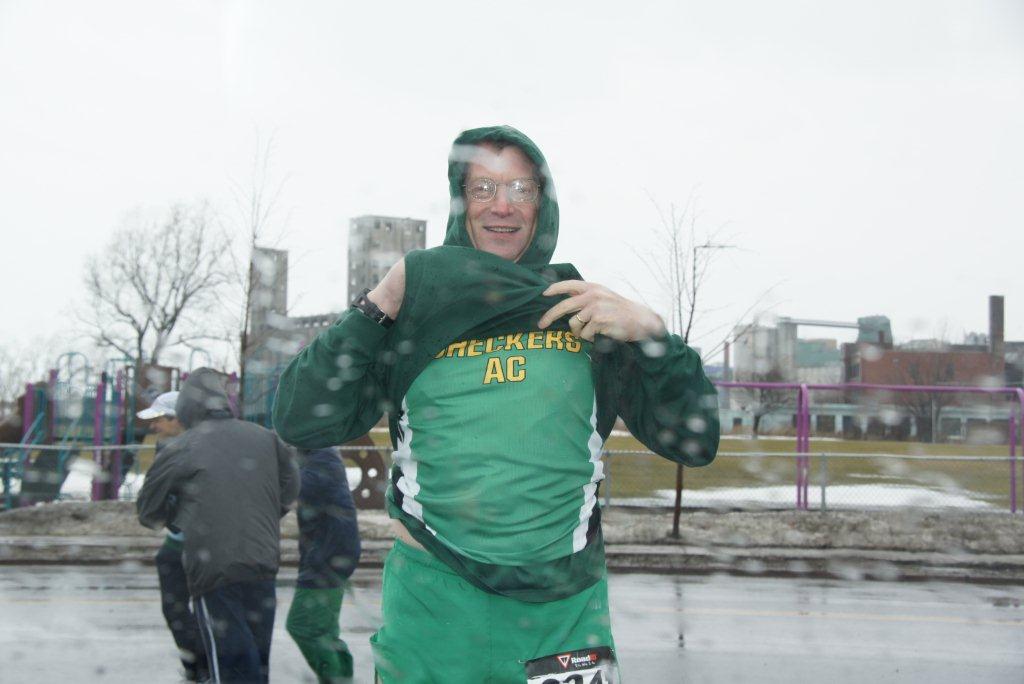